Known as both a jazz organist and blues guitarist/vocalist, Garrett Jacobson started playing music professionally at age twelve. As a blues artist, he has performed at numerous notable venues such as Buddy Guy’s Legends in Chicago, IL, The Chicago Blues Festival, The Grand Emporium in Kansas City, MO, and B.B. King’s Blues Club in Memphis, TN. With his distinct guitar style and soulful vocals, Garrett’s recordings have received critical praise in such publications as Living Blues, Blues Revue, and Blues Blast.

As a jazz organist based in Oklahoma City, Garrett regularly performs at various clubs and music venues in the area. His long-awaited debut CD release on the organ, In the Moment, features his trio playing a swingin’ set of originals and standards. Recorded on his own ’65 Hammond C-3 and Leslie 122, the disc showcases his lyrical right hand and unrelenting bassline feel in the classic organ trio format. Garrett performs regularly with an SK2, which is his instrument of choice for touring. 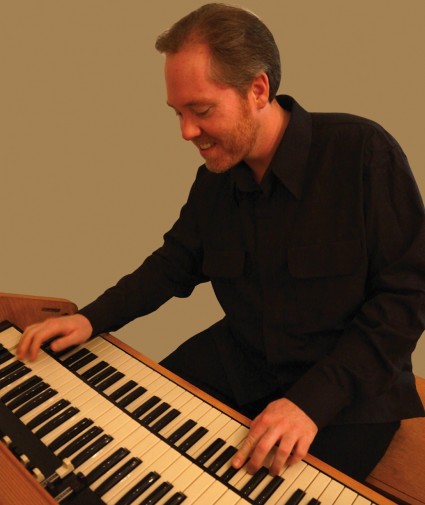