As a legendary record producer and well-known international film and television composer, Fred Mollin’s busy schedule has earned him unique credibility through his numerous creative endeavors.

Fred Mollin first came into international prominence as a record producer in the late 70’s, producing numerous albums and singles, including the Grammy award-nominated “SOMETIMES WHEN WE TOUCH” by Dan Hill. In the early 80’s Mollin based in L.A. and Toronto to start a 17 year run as a composer for television and film. His work has run the gamut from high tension (CBS-CBS TV’s Gemini award-nominated child abuse drama “LIAR LIAR” and CBC’s “LITTLE CRIMINALS”, the award winning drama about young offenders) through fanciful flights of adventure (William Shatner’s “TEKWAR” and USA Network’s “BEYOND REALITY”) to the darkest reaches of the medium (Paramount’s “FRIDAY THE 13TH” television series and movies, and MGM-UA’s “THE OUTER LIMITS”). His work on such cult series as Tri Star’s “FOREVER KNIGHT” and hit mainstream series such as Fox’s “BEVERLY HILLS 90210” and Paramount’s “HARD COPY” were an integral part to the success of these classics of TV entertainment.

Mollin’s adventures in the feature film realm include his orchestral score for “THE FALL” starring Craig Sheffer and “BORDERLINE NORMAL”. One project dear to Mollin’s heart was the VH-1 television movie “DAYDREAM BELIEVERS – THE MONKEES’ STORY” where he not only composed the underscore, but also served as the projects’ musical director.

Mollin also parlayed his songwriting, especially from his Disney years of experience, to be one of the main composers and lyricists for songs on the award-winning Disney Channel series, “HANDY MANNY”. Mollin continues to work in the film/TV arena, especially in music supervision and direction, as well as writing title themes and songs.

In 2001, Mollin moved to Nashville, as he greatly missed producing and arranging albums, and knew that Nashville was the preeminent place for recording live musicians in the studio. Since dipping his foot back in the water of record producing again, starting in 1996, with critically acclaimed albums such as Jimmy Webb’s “TEN EASY PIECES”, Kris Kristofferson’s “THE AUSTIN SESSIONS”, and Barry Mann’s “SOUL AND INSPIRATION”, he prioritized his life to focus once more on record producing, and once based in Nashville, his life and list of credits in numerous genres, has been deeply fulfilling. Highlights from the Nashville record years include two GRAMMY nominated albums with Johnny Mathis with “SENDING YOU A LITTLE CHRISTMAS” and “LET IT BE ME – MATHIS IN NASHVILLE”, Volume 1 and 2 of Jimmy Webb’s Americana duet albums, “JUST ACROSS THE RIVER” and “STILL WITHIN THE SOUND OF MY VOICE”, “BACK PAGES” by America, “NATURAL HISTORY” by JD Souther, Rita Wilson’s debut, “AM-FM” and most recently producing the debut EP from you tube phenomenon, 13 year old Lexi Walker for Sony Masterworks.

As an artist, Mollin’s projects include “DISNEY’S LULLABY ALBUM” for Walt Disney Records (Billboard Magazine’s second best-selling children’s album in 2001 and a gold album), as well as over 30 album projects for Disney from 2001 till now.

In 2007 and 2008, Mollin took a hiatus from his freelance career and became Vice President of A&R for Walt Disney Records in California. Along with his executive duties, Mollin was Executive Producer of such Disney successes as “HIGH SCHOOL MUSICAL – THE CONCERT”, “DISNEYMANIA 5”, and “DISNEY CHANNEL HOLIDAY”. The year culminated at Disney with Mollin producing Billy Ray Cyrus’s hit album, “HOME AT LAST”, which included the Certified Gold Single (charting at #2) “READY, SET, DON’T GO” a duet with Billy Ray Cyrus and Miley Cyrus.

In 2009, Mollin returned to Nashville as his home base, and became freelance again, along with retaining his career and life as a dual citizen in Toronto, Canada.

For a detailed list of credits of Mollin’s work in the record world, please visit allmusic.com and click on Fred Mollin’s discography. Mollin’s numerous awards include three Junos, a Gemini and the five SOCAN awards for film and television music. 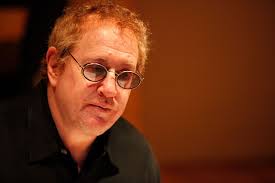