Frank “Juddzey” Judd began his music studies at the famous Old Town School of Music while still in kindergarten, during which time his Father taught him music theory on a plectrum banjo. He learned to be a sound and light engineer working with Dave Major & The Minors, The Four Lads, The Four Diamonds, The Four Aces, The New Chordettes and Dick Contino, the original Italian Stallion! Juddzey played with Second Wind in the 80’s before spending a decade as a Contemporary Christian band leader. He also spent considerable time in musical theater with a professional troupe. As a well rounded professional entertainer returning to the Live Music scene, Juddzey has worked with several popular Chicagoland acts such as Evil Wayz, Standing Eight Count, Z Sharp and Pirates Over 40. Juddzey is excited and delighted to be a part of this band of brothers embodying the spirit of the Live Allman Brothers Band musical journey. 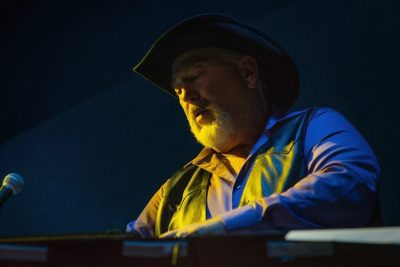