Born and raised on the southside of Chicago, Evell started playing music at an early age. He was drawn to the infectious rhythms he heard on the drums while attending church. Because his interest did not go unnoticed, his parents purchased his first set of drums at the age of five. By the time Evell was seven, he was playing for the youth choir in church. He continued to play the drums until age 14, when his father started pastoring a church. Evell then turned his attention to the organ and piano. Learning to play by ear, Evell quickly developed and began playing for other local churches in the area. After attending the University of Illinois as a business management major, Evell returned home and started gigging on the secular circuit with Simply Pleasure Jazz Quartet and The Experience.
As an accomplished musician, Evell has solidified his place as a “First Call” musician in the Chicagoland area playing for several artists such as Frankie Parker and the Gentlemen, Simone Green, Reggie Foster Jr, The J Grant Experience, Eva Ruwe and Aniba and The Sol Starz. Evell is currently the Musical Director for Victory Apostolic Church and most recently served as the auxiliary keyboardist for Smooth Jazz artist, Nick Colionne. Additionally, Evell has had the privilege of performing with CeCe Peniston, Maysa (Incognito), Kenny Latimore, Alex Bugnon, Steve Cole, Kim Waters, Michael Manson, Paul Taylor, Rick Braun and many more.
In 2008 Evell founded InnerSoul Productions, a music production company, which focuses on writing and producing music for local artists. Evell believes that music is one of the ways for people to focus more on their commonalities than their differences. 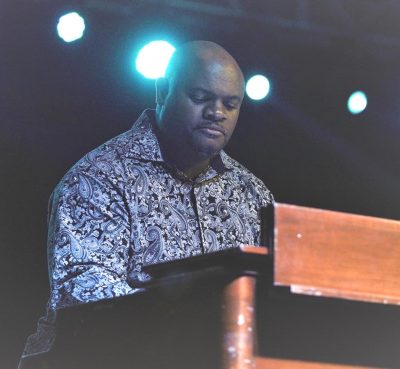