Eric Ragno is a keyboard player based in Los Angeles. Known in rock circles as the “go-to guy”, he has appeared on dozens of rock albums, performing on tracks with Alice Cooper, Paul Stanley (Kiss), Billy Gibbons (ZZ Top) and many others. He has performed across the U.S. and around the world with Graham Bonnet (Rainbow), Dawn Robinson (En Vogue), Jimi Jamison (Survivor) Eric Martin (Mr. Big) and more. Eric is currently on tour with legendary rockers The Babys.

The son of rock musicians, Eric began playing music at an early age. Private lessons lead to multiple semesters at Paul Simon’s Guitar Study Center in New York City, and the music program at New Jersey City University. Earning his stripes while opening for national 80’s acts, he eventually moved to Los Angeles to work with artists like Jeff Scott Soto, Tony MacAlpine and Richard Black (Shark Island). Merging a classic sound with a modern feel, Eric’s reputation and songwriting quickly made him a regular contributor to the roster of Frontiers Records, the largest label in the genre. The prestigious rock site MelodicRock.com bestowed Eric the title of Keyboard Player of the Year in 2007, 2008, 2011 and 2013. 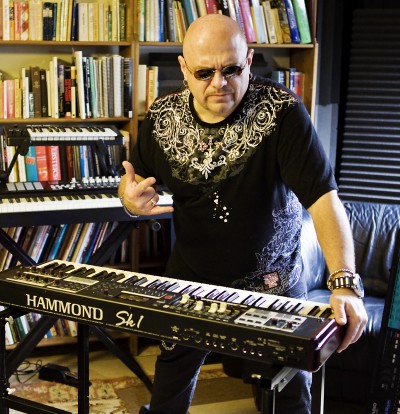