“After playing the SK1 this will certainly be my main gigging axe for everything keyboard I do. I will be using it on the next Hall & Oates tour as well which starts at the end of this month and goes for a few weeks. As well as any future TV appearances we do. BTW the band on LFDH and Daryl all commented on how great it sounds.”

Eliot Lewis, independent artist and multi-instrumentalist, has been performing sold out shows all over the world and is currently a member of the legendary duo, Daryl Hall & John Oates. Eliot is also a featured musician on the award-winning web series and now weekly TV show “Live From Daryl’s House.”

He spent several years as a key member of the “The Average White Band”
Eliot toured, wrote and also produced several songs for the scottish soul band.

Earlier in his career Eliot was signed to Warner Brothers, Sony Tunes, BMG and RCA as a songwriter and producer. He also performed on hits including Tina Turner’s “The Best”

Eliot has written, performed, and produced several independent albums including his latest
“Enjoy The Ride” Selling thousands of CDs independently, he has truly become a self-contained artist. Now Eliot has taken to the stage on his own. He performs a unique one-man band solo show incorporating all of the instruments he plays into a highly entertaining event.

He has become an accomplished photographer as well, documenting many of his travels around the world into photographic art. 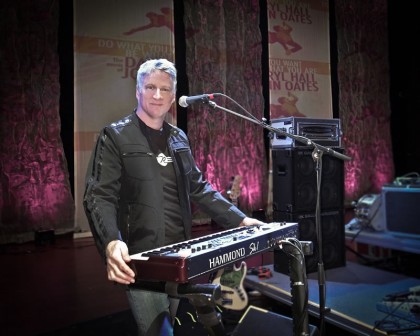