For the past 35 years Mike has performed on stages all over the country and been a part of many artists records. He has produced, written commercially in many genres of music, arranged and co-written many songs as well.

After a 14 year run in the Midwest with the award winning blues band, Elwood Splinters Blues Band, he moved to Las Vegas. In 6 short years he played with hundreds of musicians and bands, including the number one blues band, Moanin’ Blacksnakes. He co-founded the multi-genre band, NRQ, Bobby Jones and The Chicago Blues Machine, and Rheda K’s Jazz Krew. Mike’s passion to keep live music alive, led him to the creation and hosting of “Band Night at the Summit”.

Mike was voted into the Fans Entertainers Hall of Fame 2 years in a row. Mike has always felt honored to have played with so many great award winning artists over the years.

For live gigs and studio sessions, “Detroit” Mike Hepner is considered one of the most in demand keyboardists in the Las Vegas as well as being available to tour nationally and internationally.

Multi-genre talent, from Blues to Jazz and Classic Rock to R&B, has allowed a unique versatility that Mike has always been known for. Whether he is playing solo or with a band, his amazing improvisational techniques always astound the best musicians as well as his audiences.

He was one of those rare keyboardists that can make a piano sing or excite an audiences with screaming Hammond Organ solos.

Mike’s outlook is, “Although blues is one of my favorite genres, I have always enjoyed playing just about anything, as long as the musicians are great listeners and passionate about their craft. When the musicians and the audience are having fun and become your friends (not fans), I’m happy!”

He currently reside in Placida FL where he actively plays and tours with the Braille Blues Daddy, Bryan Lee, The Landsharks and many more! 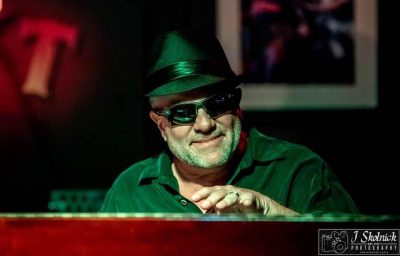