Deryl Winston Sr., a long-time resident of San Diego, began playing the Hammond organ at the age of 14 while still living in his native Seattle, Washington. Deryl comes from a very musical family where his mother, Alice, and aunt Jean McGraw, both served as musicians at Tolliver’s Temple Church of God in Christ and were known in the Seattle area as very accomplished musicians; Alice for her work on the piano and Jean for her accomplishments on the Hammond organ. It was only natural that, under such fine tutelage, Deryl would progress very rapidly and soon began playing partially during church services and in time playing for the entire service. Deryl’s father Elder John A. Winston (deceased) was always encouraging his son despite his father not being able to play an instrument. His father always said to him stick with it, you will be great one day! Sure enough, his father was right, before long congregations all over Seattle quickly became familiar with this young man and the anointing that God had placed over his music. To this day Deryl continues to gives his mother along with his aunt the credit for how they were instrumental in his life. Moreover, not to forget Deryl certainly gives “All praises to God” for allowing him to minister through music. 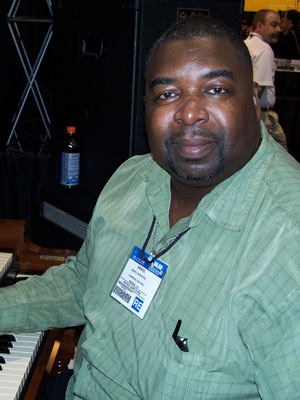