Seldom do artists have the luxury of surrounding themselves with virtuoso talent. Fewer still have the technical tools and abilities with which to enhance said talent at their beck and call. Rarest of all are those who respond to the difficult and daunting challenge of harnessing, sculpting, directing and focusing such singularly unique abilities into one precision crafted, finely tuned vessel.

These words describe Derrick Horne: Proficient keyboardist, bassist, guitarist; prolific songwriter and astounding lyricist; accomplished arranger and producer; seasoned MIDI programmer and recording engineer; gifted vocalist; musical prodigy who began performing publicly at age 6; learning guitar on his father’s knee; as a teen, routinely honored at university jazz festivals and statewide concert band competitions; at 13, playing on his first recording; at 17, recording with the legendary James Cleveland; at everything he does, phenomenon.

When timing, preparation and opportunity intersect, destiny can be apprehended. Darryl Ford, Detroit’s top on-air gospel jock and business manager to Thomas Whitfield, was on tour when he first saw and heard Horne. Immediately struck with Horne’s talent and personality, a friendship and business relationship grew, and soon Horne relocated from his native Texas to Detroit. This move opened the door to touring with Whitfield, Fred Hammond, Commissioned, Witness, Vicki Winans, and others. Whitfield, known as the Maestro, was Horne’s greatest piano influence, as well as his inspiration for playing piano.‘‘ It was a dream come true to work with him’’. Destiny called. Derrick Horne answered.

Horne’s passion for excellence fueled his debut release ‘‘Servant’’ and the classic ‘‘This Time it’s Personal’’ , which was followed by ‘‘I Still Believe’’. Each project showcases his many musical gifts. A myriad of influences create his musical tapestry, captured in projects which fuse old and new school pop/r&b with jazz, blues, rock, funk, and classical. His fluid vocal phrasing and delivery draws constant comparisons with DJ Rogers, James Moore, and jazz great Bobby Caldwell. No surprise then that many enjoy his newest release ‘‘If It Had Not Been”. Slated for 2014 release is his first jazz offering,which will feature him in a jazz setting on mutiple instruments. Other releases include “Just Let Me Worship”, ‘‘The Healing Flow”, which features healing scriptures set to varying musical movements, “Blessed Encounters”, a hymn collection, “It Feels Like Christmas” which features a new spin on Holiday favorites, and “Quiet Time Worship” an instrumental piano CD. Horne has literally appeared on hundreds of recordings, resulting so far in 12 Grammy nominations, numerous Stellar and GMWA Awards and nominations, several Dove Award nominations, and two (2) GMWA ‘‘Producer of the Year’’ nominations. He produced Tonya Hairston Ware’s 2008 Stellar Award Nominated “A Taste Of Heaven”. Horne has anchored radio favorites in genres ranging from contemporary to traditional and everything between, inclusive of Marvin Sapps’ 2008 Grammy Nominated platinum-certified “Thirsty”, Lakewood Church’s ‘‘You Are Good’’, Rodney Bryant and CCMC’s ‘‘Angels’’, which he wrote and sang, and Doug Miller’s classic ‘‘Lord I Want to be Holy’’, also from DH’s pen.

You’ll find him on releases from artists such as Tamela Mann, Fred Hammond, Ashmont Hill, Testify, Freda Battle & the Temple Worshippers, The Texas Boyz, Doug Williams, the Drifters, Christian Jazz artist Harold Rayford, Mississippi Mass Choir, Alisa Cameron and others. He also handled composition/production duties on Donna Richardson-Joyner’s DVD “Sweating In the Spirit 2”. Grandad Turner’s “My Friends My Fam”, showcasing his jazz guitar and piano skills, spent time at #1 on the iTunes jazz charts in 2011 as well as rising to #4 on the Billboard charts. Additionally, he is featured vocally on Alisa Cameron’s radio single “Rainbow After the Storm”, which he also produced and co-wrote. He also composed and handled sideman duties for Fred Hammond’s “God Love And Romance” reached # 8 on Billboard’s Top 200 and # 1 on Christian music charts. (see discography)

Horne’s TV appearances include CBS ‘‘This Morning’’, TBN’s ‘‘Praise The Lord’’, and The Daystar Network. Horne was seen and his arrangements heard weekly in millions of households worldwide on the Lakewood Church/Joel Osteen TV program, ‘‘Discover The Champion in You’’. He served as Band Director/Worship Leader for the 40,000 member Houston based church. Derrick was also Worship & Arts Pastor/Worship Leader for of Jesse Duplantis Ministries the Music director at Chase Oaks Church in Plano,Texas.

His worship songs have become standards worldwide, and are heard on many popular telecasts including ‘‘Celebration’’, which airs on the Daystar Network. His “I Give You My Heart” is currently one of the most heard worship songs on Christian television. He also continues to host and be featured on his own television music specials.

Many of his compositions have been solicited for film and TV by BET, the Chicago Housing Authority and others. This is due to his uncanny ability to craft custom jingles and theme music for commercial and industrial use. Horne currently has several compositions/productions running on national media, including openings for Deeper Life Ministries, Church of Champions, Woodlands Christian Center and others.He also produced music with the legendary George Clinton for the 2004 Olympics. A gifted classical music composer, his pieces garner acclaim due to his ability to combine modern music idioms with art music. This is evident in his “Fanfare in D Major for Brass Quintet” and “Minuet and trio for Wind Quintet”. To kick off 2015, he won the Austin Guitar Society’s composition contest with his guitar quartet “Quintango”. Horne also has several innovative big band charts being performed including the funky “Got The Hot Sauce?”, his 5/4 remembrance of Dave Brubeck “Way Too Loose”, and the samba “Umbigada”.

His reaches far beyond the boundaries of any one music genre, having toured and recorded with today’s top Alternative/Adult Contemporary artists such as Judy Jacobs, Martha Munnizzi, Marvin Sapp, Shane & Shane, Israel Houghton, Chris Tomlin, Caleb Carruth, Ross King, Jamie Smith, and Joel Engle. A longtime champion of independent music, he established Yokebreaker Productions, which houses record label & production operations, pro A/V consulting, duplication, educational and media services. He is currently endorsed by Orange Amps, Ernie Ball Strings, Boulder Creek Guitars, Robin Guitars, and Walk On Water Instruments among others. His bass guitar instructional DVD “Rudimental Bass” is scheduled for early 2015 release with guitar and keyboard volumes to follow. Understanding the importance education, Horne completed his Bachelors degree in Music Composition at the prestigious Southern Methodist University in Dallas, having earned a full tuition scholarship. He is a member of several honor societies and graduated summa cum laude from Meadows School of the Arts, which is currently ranked as the top music school in America by USA Today. This success has led to speaking engagements for him in academic settings. His first book How To Take Your Home Studio Worldwide released in January 2014.

Horne consistently proves to be one of the few musicians with the ability to cross multiple music genres and generations while retaining startling authenticity at each one. The massive number (over 500) and variety of recordings he has contributed to is evidence of this fact. Of all this, Horne says, ‘‘I‘m all about impacting and encouraging people. My mission is to bring hope and a positive message in a way that’s current, relevant, and yet convicting.” 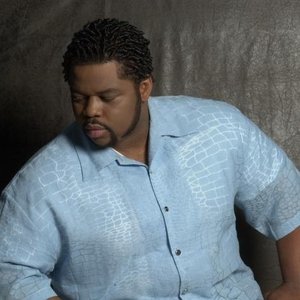