Dennis DeYoung is a founding member of the rock group Styx. The Chicago-based band originated in 1962 when 14 year old DeYoung and brothers John and Chuck Panozzo joined Dennis in the basement of his childhood home to form one of America’s most successful and enduring bands. Styx has sold over 35 million albums worldwide and DeYoung has written eight of their nine top ten singles. Styx was the only band to ever record four consecutive triple platinum albums.

For over four decades, DeYoung has been a singer, songwriter, keyboardist and record producer. He wrote and sang several classics including: Lady, Come Sail Away, Best of Times, Mr. Roboto, Show Me the Way, Desert Moon, Don’t Let It End, and the 1979 Peoples Choice Award winner, Babe. His singing talents have made his voice one of the most recognizable in the world. DeYoung has recorded 7 solo albums including Desert Moon, whose title track achieved Top Ten status. DeYoung continues to tour with his rock band around the world.

In recent years DeYoung’s songs have continued to enjoy remarkable popularity. His compositions have been featured in over 30 television shows including: The Simpson’s, Freeks & Geeks, Dharma and Gregg, E.R., King of Queens, Sex in the City, Will and Grace, Las Vegas, Cold Case, That 70’s Show, Saturday Night Live and numerous others. The piece de resistance however was when Cartman sang Come Sail Away on the groundbreaking series South Park.

DeYoung is a native of Chicago. In January of 2012 DeYoung will celebrate 42 years of marriage to his high school sweetheart Suzanne. He and Suzanne have raised two children and continue to live in the Chicago area. 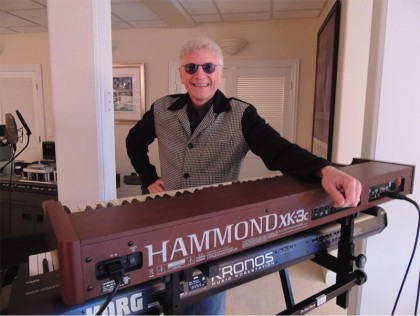