Daniel Thouin is one of Quebec’s most recognized keyboard players. He represents a new generation of players with a great academic background coupled with more traditional bandstand experience.  He started his music journey playing the family organ at the age of 7, behind the family’s Hammond Organ Console (a nice A100 paired with a 147 Leslie). After experimenting with guitar and synthesizers, he settled for piano. During his college years, he started studying classical music until his attention moved towards jazz and improvisation. He pursued jazz piano studies at University of Montreal, while making frequent trips to New York to study  improvisation with such jazz luminaries as Kurt Rosenwinkel, Fred Hersch and Geoff Keezer.

By the age of 22 Daniel became a highly demanded sideman in jazz and pop music on the Canadian music scene. Equally at home on electronic instruments and in different musical idioms, he found jobs as sideman, session player or musical director on numerous national Quebec TV shows. These experiences lead him to be musical director for the Montreal International Jazz Festival tribute events. Daniel had the privilege to play with Allen Toussaint, Elvis Costello, Youssou ‘n’Dour and Joe Lovano among other famous & inspiring musicians

In 2005, Daniel renewed his interest in playing the jazz organ. He got back to the shed studying with one of his all-time favorite musicians, Larry Goldings.

Daniel is also part of the Montreal based funk band ”The Brooks” where his mastery of the Hammond Organ and other classical vintage keyboards (Minimoog, Clavinet, Solina and Fender-Rhodes) can be heard, on records and live.

Daniel has recently added a Hammond Sk-2, so when & where it is not possible to bring his beloved Hammond A100 & Leslie3300, that’s what defines his organ tone. The new acquisition of a Hammond met Daniel’s expectation, and it was instant gratification, gotta’ have that now! The SK series really is a stepping stone in nowadays world of mobility. Hammond has made the SK true to its tradition; the most recognised organ sound everywhere. 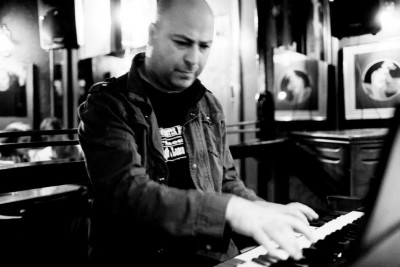