Dan plays the B-3

If you are going to the movies, watching TV, listening to the radio, buying CDs, going to concerts and partying to live music in America – as well as in Europe, Asia, Africa and South America, you heard the soulful music of Dan Farrow. Primarily known for his extensive work as a studio and touring keyboardist with many Grammy Award-winning and Gold- and Platinum-selling artists, his many talents – that include composer, producer, music director, vocalist and recording artist – are captivating music professionals and audiences around the world. This explains why his career has been as extensive as it has and why the demand for his presence is so high from local Los Angeles music groups, as well as from many other world-renowned recording artists and music, movie and television producers. Dan is also a gifted multi-instrumentalist.

His third CD on Soulstar Records is called “Devotion” and contains 13 jazzy, funky tracks. Written, arranged, performed and produced by Dan it also includes Charles “Sweets” Sherrell, longtime musical director for the legendary James Brown and most recently on tour with Maceo Parker. Even more refined than his previous albums “Evolution” (2001) and “Spacefunk” (1998) – featuring Patrice Rushen and others – the “Devotion” CD is an exciting blend of what Dan calls Cool-Funk or Soul-Jazz. He sounds like George Duke bumps into Earth, Wind & Fire on Planet Funk in 1975 at times.

But to really experience his music you will have to see Dan Farrow live in performance. This is where he puts on a show that electrifies his audiences. To top it all off, he dazzles them with extraordinairy keyboard wizardry, old school funk chops and unique, immediately identifiable phrasing, sound and style. Dan specializes in tearing things up on Hammond B3 organ, Hohner Clavinet D6, Fender Rhodes and Wurlitzer pianos and programming Moog synths and other vintage synthesizers. But in an interview for N.Y.’s Proview magazine, he states “I love the versatility of modern synthesizers, particularly Korg,” which he endorses. Dan almost always programs his own sounds and enhances them by using vintage to space technology signal processing equipment, creating a unique voice of his own.

Based in Los Angeles, California, Dan is originally from Zurich, Switzerland, where he started out playing Hammond B3 organ at the age of 3, his first love and the keyboard he’s been playing the longest. Dan first arrived on the world stage in the mid-eighties, playing the legendary Montreux Jazz Festival. That’s where he also got to play with David Sanborn, George Benson, Al Jarreau, Dennis Chambers and many other top session cats, even though the first time he played there Dan was still a teenager. This exposure soon led to recognition among the international music community, especially in America.

Ever since the early nineties Dan’s talents are also in demand by the television and movie industry. That’s when he was asked to compose and produce music for Dick Griffey, Disney and ABC’s “Wheel of Fortune”, America’s number one game show. His work can be heard in movies like “Another Stakeout” (Touchstone Pictures), starring Richard Dreyfuss and Rosie O’Donnell. Dan also did the title track and other music to “Our Neighbors,” a movie by director/producer Kathina Szeto.

So it is no surprise that musical instrument manufacturers from around the world have noticed this multi-talented artist, so Dan is fortunate to be able to endorse quite a few companies from Europe, Japan and the U.S. He uses a long list of products from the last 40 years, both on tour and in the studio. Companies that Dan endorses and that support him include ACE Products Group (keyboard cases, USA) – where he is one of the main endorsees with artists like Taj Mahal, Ultimate Support Systems (keyboard stands, USA), Korg (keyboards, Japan), Clavia (keyboards, Sweden), Limex Systems (Midi systems, Austria), IK Multimedia (music software, Italy), Moog (hardware synthesizers, USA), Arturia (virtual synthesizers, France) and Aquila Systems (Midi systems, USA). In an article for Keyboard Magazine he reveals some of the secrets of his trademark custom sounds.

The most important thing about Dan is that he is a spiritual man. He is most definitely in touch with god who in turn blessed him richly with many talents. This might be one of the reasons for his signature clavinet work (think Stevie Wonder’s Superstition) which led to him being known as “Mister Clavinet” on the L.A. studio scene, a sound that he was asked to put on many recordings and he plays on tours around the world. Dan credits early exposure to the great american R&B, funk, jazz, soul and gospel artists as his main musical influences. This happened before he even understood the language that they were singing in. Dan never dreamed that he would actually get to work with many of his heroes.

Dan is always in the studio working on a number of projects. A promo version of his 4th CD had been generating much interest, so much so that he is planning to do more live dates with his own music. Dan’s promotional efforts took him around the world and as far as Tokyo, Japan and Manila, Philippines where he got invited by KISS-FM radio for a Jazz-Special that introduced him to millions of new music lovers. Dan has been writing and composing a boat load of tracks in recent months – about a dozen will be on his upcoming 4th CD. If he is not doing sessions or writing new material, Dan is performing with many of L.A.’s top bands and musicians. “I really appreciate all the good things that are coming my way and it is just awesome to work with so many great artists,” he says. It seems like Dan is doing something right – and there will be a lot more to come… So stay tuned! The journey has only just begun… 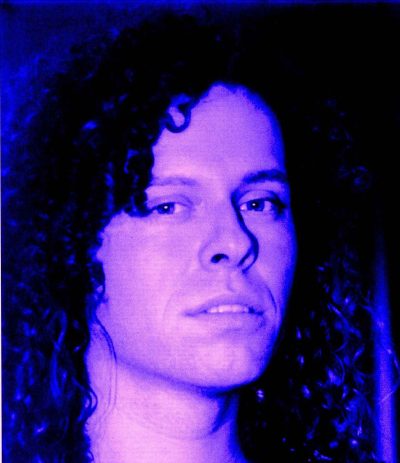