It’s hard to write anything about Dan Andriano In the Emergency Room, since the chances are that you already have an opinion about the renowned bassist and vocalist who comprises one half of Alkaline Trio’s songwriting team, as well as a general idea about what his other project probably sounds like. It’s easy to reference his beloved day job. It’s easy to use lazy superlatives like “legendary” or “mind-blowing” when it comes to Dan’s career and skills. AND, it would be very, very obvious to say something like “Dan really stepped out of his comfort zone to select the right band to help him craft this batch of hits for the Emergency Room album” and utilize the following (actual) quote from Dan: “The Emergency Room started as something for me to do with songs I had been writing that didn’t seem to have a place on Alkaline Trio records,” but if you’re reading this, you could have guessed all that, right?
So, I’m not going that route. Instead, I want to tell you that when I put on the new Dan Andriano In The Emergency Room record, entitled Party Adjacent, which comes out on July 17th, 2015 on Asian Man Records, I expected to hear some punk-influenced, groove oriented rock with hints of Elvis Costello, Paul Westerberg and the Cure, all filtered through that now-classic Alkaline Trio sensibility.  I sat down and listened to the first track and when it ended, I sat, alone in my room, and said aloud to no one: “HOLY SHIT! Where the hell did THAT come from?”
Party Adjacent was produced by true weirdo and former Bomb the Music Industry mastermind, Jeff Rosenstock, and Dan’s being backed up by Kevin Higuchi of The Jeff Rosenstock Band, Jeff playing bass and keyboards, and guitarist Mike Huguenor of Hard Girls, and by golly, the results are just fucking fantastic and unexpected. Sure, there are still those classic groove-based Costello-y jams on here that Dan’s so proficient at knocking out, but vibes ranging from Thin Lizzy to Billy Bragg, the Clash and even Brand New pop up on Party Adjacent, and the result is one of those rare collections that’s obviously an artist’s singular vision that’s been augmented by the right collaborative team. To put it another way, this is ain’t your dad’s Emergency Room Record (unless Dan is your dad, in which case, Hi Soph!)
The Emergency Room project started when Dan found himself living in Florida and experimenting with the idea of doing a stripped down record that would exist completely separate from his work in Alkaline Trio. That album, Hurricane Season came out quietly on Asian Man in 2011, and Dan did a bit of touring on it, troubadour style, with just an acoustic guitar, notably on the US and European legs of the Revival Tour. Party Adjacent adds a new chapter to the Emergency Room story, with a full band, a batch of songs that might be Dan’s best ones to date, and if we’re lucky, a tour that will bring these tunes to your town so you can hear ‘em and say “HOLY SHIT! Where the hell did THAT come from?” for yourself. 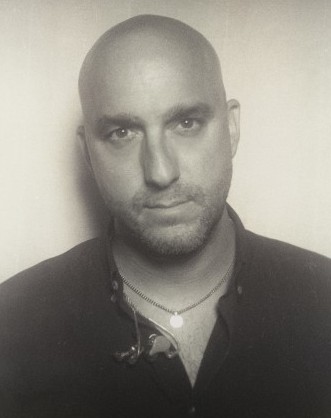