Though he’s played piano for countless gigs, Dale has never had a lesson, and insists that he’s a “Hammond player”, not a pianist, or computer/ MIDI specialist, though he’s done a lot of time there, doing NAMM product demos, creating MIDI loops for Keyfax “Twiddley Bits”, writing for Yamaha website ( “Dale’s Diary”- S90.com).
Dale first heard a hammond organ in 1965, Bill Champlin playing B3 with the Sons of Champlin, opening for The Seeds ( “Pushing Too Hard”), at Bill Quarry’s “Teens and Twenties” at the Rollereena, Hayward, Ca. He was “struck by lightning” at the sound of a B3, Leslie, and never got over it. The Seeds had a Farfisa.
He taught himself to play along with the AM radio, on top of an antique pump organ, later his first electronic organ was a Farfisa, which worked for a high school blues band, doing Paul Butterfield Blues Band songs, the album cover showed a Guild organ, (never seen one since).
Then he got a chopped “silver snakeskin” finish chopped- modded Hammond M3 ( no internal speakers, light up switches and extra percussion), leslie 147, and started to get serious. Next, he wanted a bigger one,
but could only afford a 1940 Hammond D ( badge said “Liscensed for amateur, and experimental use only), then a series of B3s.
The first paid gig he did was with Quicksilver Messenger Service ( Nicky Hopkins went back to the Rolling Stones, Dale auditioned by playing “Edward, the Mad Shirtgrinder”, a piano tour- de-force by Nicky), and it was a movie, concert, and album, “The Last Days Of The Fillmore”, July, 1971. Yikes- jump in the deep end. That led to some southwest gigs, with Cactus, and Sugarloaf.
Dale is a California born- based multi-instrumentalist, songwriter, and most recently educator (Musicscool, a School Of Rock), all with renowned successes like James Durbin, who had 30,000,000 fans voting for him, he is now lead vocalist for Quiet Riot, (founded by the late Randy Rhodes). James just had Dale playing on his latest album, 2018 James returned the favor by singing a song on Dale’s next album.
He has a gold record for performing, and co- writing 2 songs on Doobie Bros “Cycles” ( Capitol). He wrote the music for “This Train Im On” from the “Brotherhood” CD ( Capitol) which was included in the band’s Warner Bros. box set. His last recordings/ videos with them were the 1996 PBS/ Sony “Wildlife concert DVD”
features Dale’s B3 solo ( Quoting Donald Byrd’s “Christo Redemptor” on “Jesus is Just All Right With Me”) and many other tracks.
He is featured on 10 Doobies CDs and collections- playing, and writing.
He has put out 2 CDs of his own songwriting, production, arranging- 2005’s “A Peace of my Mind”, and 2012’s “What If”- producing, arranging, engineering.
2019 finds him making a new CD , and having fun with the SK and his many vintage Hammonds. He has produced shows, playing Keyboards, Electric Sitar, lead Guitar, Trumpet, Harmonica for the renowned White Album Ensemble since 2003, covering the “difficult” post tour Beatles music (1966-1969) that the Beatles never performed “live”, with horns, strings, sitars, tabla, choirs, symphonies or flat- out rock band with all guns firing. In 2015 he started the Beggar Kings a similarly conceived Rolling Stones band,
recreating their “Golden era”, the late 60s, early 70s. This allows Dale to play Billy Preston organ , Nicky Hopkins piano parts, harmonica, slide guitar, Mandolin- whatever it takes! 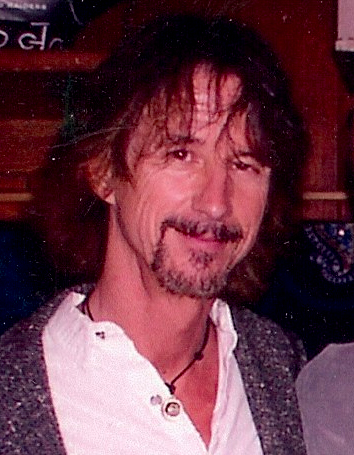