Craig Plays the B-3

Over the years, Craig Markley has performed in many different musical genres. Starting his career on the Hammond organ, he toured with many bands playing a wide variety of Blues, Jazz, Rock, and Funk. For the past several years, he has been pursuing his love of Celtic and World music, and was a founding member of the popular Celtic band, Stark Raven. He currently performs, composes, and arranges with his Celtic/World music band, Lone Raven. In addition to his first love, the Hammond organ, Craig plays a score of instruments, including piano, synthesizers, sax, guitar and bass; as well as ethnic instruments such as Irish whistles, accordions, Duduk, bodhran, UDU, and many others.

Craig has provided original compositions for several independent films and websites, as well as the modern dance troupes of Susan Van Pelt, Mary Gianonne, Karen Bell, and various dance choreographers from the Midwest. His critically acclaimed CD release, “The Lone Raven”, consisting primarily of original and traditional material, received regular airplay on the national NPR program “Echoes”, and on radio programs throughout the world. Several of his compositions have also been featured in music publications and recorded by other artists. He has completed studies in jazz piano and music theory at the Jazz City Workshop, and has attended the Augusta Heritage Workshop, the Swannanoa Gathering, and various workshops in Cape Breton Island.

Currently, in addition to his live performance schedule, Craig owns and operates RavenShack Recording Studio, a state‐of‐the‐art digital recording studio, using the industry‐standard Pro Tools HD system. In the past, he also operated his own electronic design & service business, and was a factory authorized service tech for many musical instrument manufacturers such as Hammond, Leslie, Moog, Oberheim and many others. 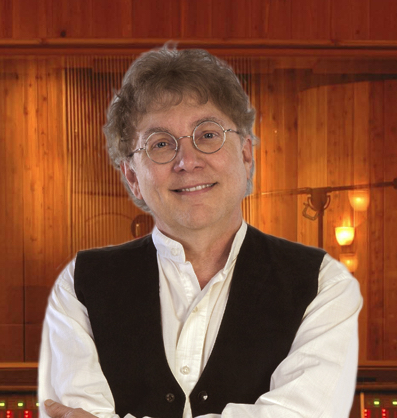