Chris Plays the B-3

Chris Stephenson aka “Doc Fangaz” is an exceptional Hammond Organ player, keyboardist and vocalist from Memphis, Tennessee. Playing blues, jazz, funk and rock in the Mid-South area for 22 years, he has been rocking stages on legendary Beale Street at venues such as B.B. King’s Blues Club, Rum Boogie Café, and Blues City Café performing on the house B3s. Chris opened for B.B. King, shared the stage with Bobby Blue Bland and toured with Shirley Brown on “The Blues is Alright” tour. Currently, he is the keyboardist and lead vocalist for FreeWorld, a band that has been a staple of the Memphis music scene for 33 years. He formed his own band over 5 years ago, Doc Fangaz and The Remedy. He is also the keyboardist for The Will Tucker Band and vocalist/keyboardist for Rodd Bland Members Only Band. Chris also enjoys being a music instructor at The School of Rock in Memphis and introducing students to the world of Hammond.

“I first became interested in the Hammond organ when I heard Joey Defrancesco. I wore out his album Goodfellas! He was the gateway for me. I then started listening to Rev. Charles Hodges, Jimmy McGriff and rockers like Steve Winwood, Rick Wakeman and Richard Wright. I just had to learn this instrument so I accepted a job playing third keyboard, meaning horns & strings for a Church of God in Christ here in Memphis. It paid very little but the pastor taught me how to play the B3 and that was priceless. My Hammond journey continued when I met several great Hammond players while freelancing on Beale Street bouncing from club to club. Later, I was working exclusively at B.B. King’s Blues Club playing in a blues band with Leroy Hodges. He introduced me to his younger brother, Rev. Charles Hodges. He along with many others have inspired me and been life changing by sharing their knowledge and wisdom of this instrument. When I found the Hammond organ, I feel like I discovered myself musically and have loved Hammond ever since. I am extremely honored to be a member of the HammFamm and appreciate this welcoming call!” 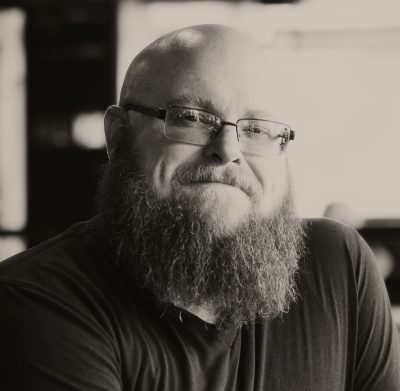