Christopher plays the B-3
Christopher Hurt was born and raised in northeast Mississippi, wedged between the birthplace of Elvis Presley and the birthplace of The Blues. As a young man, he attended an old Methodist Church built in the late 1800’s. The pageantry of ritual and the grandiosity of the pipe organ would lay the foundation for a band he formed decades later: Jamestown Pagans. Hurt’s journey to the Hammond Organ was a pilgrimage. He’d spent his late teens and early 20’s singing in rock ‘n’ roll bands and composing songs on the guitar and piano. After moving to Los Angeles he traded an upright bass for a Hammond C2 Organ and convinced his three roommates to help him move it into a house in Echo Park. Eventually he shifted to the Hammond Model A due to its low-end capabilities and smaller size. After meeting Megan Mullins, a disciple of Jon Bonham with a penchant for legend-tripping and the Satanic Panic, it became clear what the next steps were. The stars aligned and produced Jamestown Pagans. Having now released their debut album, Grimoire Volume I, the duo plan to support it with live performances and video content. 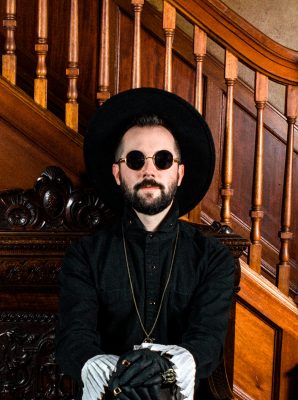