Christopher plays the A-3

Christopher Francis (CF) Burke is a musician, vocalist, songwriter and engineer/producer. A multi-instrumentalist, he started on piano and a 1962 Hammond M-100. He also plays guitar, bass, accordion, tuba, and harmonica.
Chris currently plays Hammond and sings in the band Soulshine (an Allman Bros. Band Experience) and has been featured in The Geoff Hartwell Band, Pat O’Shea and the Honest Men, The Jason Gisser Band, The Track, Johnny Feds, and The Messengers.
Having studied at The University of Rochester, The Ontario Institute for Audio Recording Technology, and Lehman College, Chris has gone on to be the musical director/conductor and pit musician for over 75 musical theater productions at the regional theater, college, high school and youth theater levels.
His work playing in bands has led to sharing the stage or recording studio with artists including Sonny Landreth, Alan Evans (Soulive), Andy Aledort, Yonrico Scott (Derek Trucks Band), Oscar Hernandez (Spanish Harlem Orchestra), Gary Portnoy, and Shelton Becton. He also regularly performs solo with an acoustic guitar or piano in the NYC area.
Chris puts his producing, engineering and songwriting talents to work as a lead Project Manager and session musician/composer at Tunedly.com, an online song production company.
In addition to his work as a sideman and engineer, in 2015 CF Burke released a solo EP “Halfway Ballet” which serves as a showcase of his songwriting, performing, engineering and mixing skills.
Out of his home studio in Westchester, CF Burke composes original music for film/tv, ads, podcasts, or collaborative multi-media works. He also does string/horn arrangements for bands including The Latin Dead.
He currently teaches privately in New York 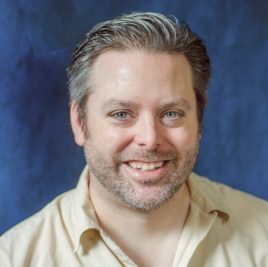