Chris Neville is a lifelong musician and composer, playing across many genres and styles. He is the long time musical director of Chicago phenomenon Tributosaurus, and is a current member of several bands including The Meadowlark Lemons, The Zimmermen, The Freddy Jones Band, Courtesy Patrol, The Bono Brothers, and The Loaded Dice, and has performed live with numerous artists, including Jim Peterik’s World Stage, Deion Peyton and the 43rd Street Blues Band, Bobby Keys, Don Stiernberg, Van Ghost, Poi Dog Pondering, Cathy Richardson, Suzanne Palmer, Robbie Fulks, and many more. He also regularly works as a studio player and has appeared on numerous albums.

As a composer, he has scored several short films, including the award- winning short “Cereal Killers” in 2006 and the soon to be released “The Color of Blood”, and regularly freelances for TV, Videogame, and Film projects. He is primary composer on several rock/pop albums, including Modern Humans, Saltines!, and ‘Pool’ by The Pocket. Has written and produced several “Chill” songs as member of the CBJ writing collective for Mustard Music in the UK. He currently works as a full time Composer for Everi Gaming. 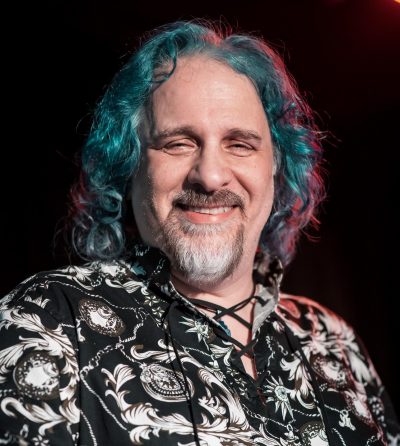