Chris started out to be largely self-taught in music, with the exception of high school band training and a few months of classical piano lessons. After high school, though, he was fortunate enough to be accepted into the University of Cincinnati’s College-Conservatory of Music (CCM) as a Music Theory major, with an eye toward transitioning to Composition.
Starting in his late teens, Chris began playing solo on guitar, piano and vocals, then transitioned into working with local bands. While with The Avenues, a long-time staple in the Cincinnati oldies/R&B scene, Chris fell in love with sweet soul sounds and went heavily into the catalogues of such greats as Otis Redding, Wilson Pickett, Garnet Mims, Ray Charles, Harold Melvin, Curtis Mayfield, Rufus Thomas and Booker T (among many others). The gospel underpinnings of Soul and R&B resonated strongly with Chris’ church background. From here, Chris also dove more deeply into blues and writing projects, most recently working with The Summit and opening for such legendary artists as ZZ Top, Cheap Trick, REO Speedwagon, Collective Soul and Robert Randolph.
Today Chris is bringing his love of blues, soul and R&B together with his equally great passions for oldies, country and even classical to independent writing and recording projects.
Chris plays a 1953 C2 – converted fully to C3 specs, a “chopped” road warrior 1960 B3 called “Old Blue” and an SK2 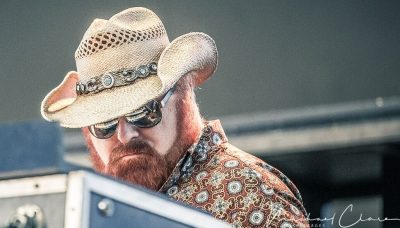