A native of Charleston, SC, Charles Miller started playing the piano at the age of 5, being trained in classical music . He gradually began incorporating these classical elements into liturgical music & hymns over the years until he heard his uncle on the Hammond B-3. This would be the spark that introduced him into the world of Hammond and would open so many ears to his unique style which combines the structure of classical, voicing of jazz, and traditional movements of gospel music. One of his signatures is replicating very intricate piano rhythms with a Jimmy Smith-like flair.

Over the years Charles has played Hammond sharing the stage or accompanying gospel artists Deitrick Haddon, Donnie McClurkin, Desmond Pringle, Maurette Brown-Clark, & The Wardlaw Brothers, to name a few. He also is a highly sought after session player whose taste and timing adds a rare flavor on every track you find him on.

Charles has also begun making his mark in the industry as a producer, songwriter, composer, and co-founder along with Rodney Goodson of their own band, Interpretations. This newly formed group is a collection of musicians and singers, whose repertoire ranges from smooth jazz to blues to R&B.

Most recently, Charles gained worldwide fame as the musical genius accompanying President Barack Obama’s spontaneous rendition of “Amazing Grace” during the eulogy of Senator Clemente Pinckney, one of the Emmanuel 9. Throughout his many interviews on various global media outlets, Charles reiterated two themes when describing his approach in that life-altering moment. The first is “Sometimes less is more” and the second is “Always be willing to lend a hand, even if your fingerprints can’t be traced”. “Sometimes… you’ve got to just let the Lord lead you, and he won’t steer you wrong,” he said. “The gifts that we’ve been given, they are needed at certain times, and so my grandfather always used to tell me, ‘You got to be ready at all times because somebody is going to need what God has already given you. ” 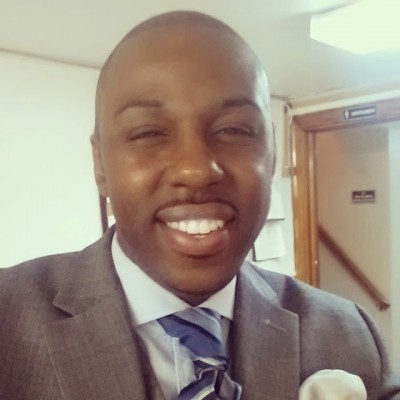