Caesar plays the B-3

Born in the Bronx borough of New York City, brought at an early age to Florida where he remained through college…..

Caesar Frazier started playing piano at age five. A child prodigy, naturally gravitated to music when his young peers preferred being outside playing games. During his early years, he was constantly exposed to a kaleidoscope of music; old school country, Sinatra, King Cole, all of the great real blues, and the pioneering rock and rollers. By age fifteen, Caesar began playing with a variety of R&B, Blues and Jazz bands. However, as he progressed musically, he became attracted to the more complex and sophisticated stylings of jazz, though never abandoning the diverse genres that shaped his musical influences as a child.

Though most of his early years were spent playing keyboards in bands, and accompanying vocalists of mixed variety, there was something always calling for his attention. After hearing the stylings of the historic organists of that time, he was forever attracted to the enormous sounds of the Hammond Organ. After graduating from high school, Caesar attended Florida A&M University, earning a degree in music education. Throughout his tenure at Florida A&M, he formed and played in numerous bands, earning money to cover college cost. While in college, along with his organ trio, he made appearances on the nationally televised Ted Mack television show.

After graduating from Florida A&M University, he moved to Indianapolis, Indiana on the advice of a college musician friend, where he would start an organ quartet performing on the very active local music scene and touring the mid-west club circuit.
As a traveling musician based out of Indianapolis, Caesar was writing songs and leading bands, trying desperately to get to the his childhood dream of recording albums and performing in some of the world’s larger forums. As fate would have it, Caesar started a relationship with jazz saxophone legend, Lou Donaldson. A former member of Lou’s band heard Caesar at a Jazz club in Indianapolis, immediately called Lou, and reported he had heard a young organist whom Lou be interested in bringing into his band. From that introduction began a relationship and bond that would be everlasting.

It was Lou that made the calls and connections that would start Caesar’s recording career as a Jazz / Funk organist and vocalist. Over the years, Caesar recorded numerous instrumental and vocal albums. He also was an in-demand studio musician on the New York scene, accompanying numerous artists and assisting with their album recording projects.

After leaving Lou’s band, Caesar joined the Marvin Gaye orchestra as keyboardist, touring the mega concert venues. Being influenced by the grandeur of that experience, Caesar headed to Detroit to record the album that he would call “Another Life” utilizing the arranging skills of David Van Depitte, the arranger that Marvin used to orchestrate his legendary album, “What’s Going On”.

As the great jazz organ era began to wind down, Caesar veered back to his original instrument, the piano, and became a featured vocalist / song stylist. Over the years of performing he has often been spoken of as an entertainer beyond categorizing. Labeling him as falling into any single musical genre does not adequately describe this unique performer. Having been influenced by so many of the popular idioms over his lifetime, he developed the skills of finely weaving numerous styles into one pleasing presentation. He is just as comfortable doing pop , r&b , country or jazz modes with conviction.

Song Writer
As a song writer, one of his numerous lifetime accomplishments has been that modern day artist as Kanye West, Common The Rapper, Gangstarr, and other mega artists have used songs written by Caesar to produce hit records.

Attracted to many forms of art over the years, Caesar studied photography at College of the Desert in Palm Desert, California and to further expand his horizons in the realms of music, Caesar studied three years at Saddleback College in Mission Viejo, California earning an Associate’s Degree in Broadcast Journalism. During that tenure, he become a well known broadcaster in Orange County, California, while holding positions as the music director of KSBR radio (Smooth Jazz), hosting & producing The Saddleback Forum, (a talk radio show), anchoring and reporting news (covering such high profile news makers as Bill Clinton, Bob Dole, Ross Perot & etc.) and producing and hosting magazine stories for public television. Caesar went on to work as an on-air announcer at WLOQ, Orlando, Florida, smooth jazz and other broadcasting projects.

Fortunately as Caesar says, He has known little time in his life that was not spent doing what he has loved most about life…performing.

Moving into the 21st Century

Turning full circle, Caesar returned to the ranks of being one of the Top Jazz Organists in the world, after producing and recording the world acclaimed CD entitled “INSTINCT” in 2017 . The much heralded CD quickly moved on the national charts to the 5th most radio aired music in the United States and the number one CD in numerous Jazz radio markets in the United States. Currently Caesar is producing and preparing to record his next music rendering in the summer of 2018. 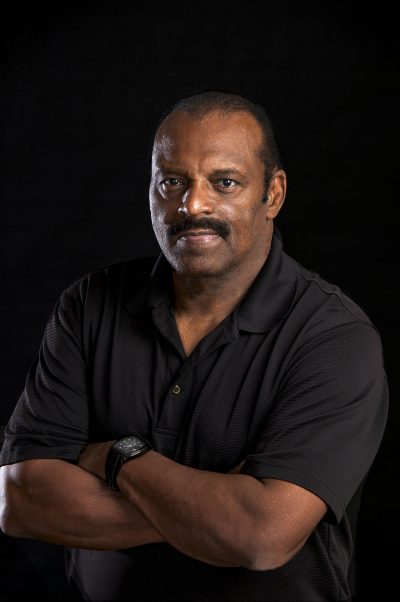