Brian Charette has established himself as a leading voice in modern jazz. Square One (2014 Posi-Tone), his seventh and latest record, presents a fresh take on the art of the organ trio. The trio is rounded out with rising star Yotam Silberstein on guitar and in-demand Mark Ferber on drums. The music is elegantly lyrical and brilliantly evocative with a very modern jazz sensibility. Charette unleashes nine original compositions with sounds influenced by multiple genres, along with novel interpretations of songs by Joe Henderson and The Meters.
Charette was born in Meriden, Connecticut in 1972, and was introduced at an early age to music by his mother, an excellent pianist, and studied classical piano and bass. By the age of seventeen, he was working sideman gigs with jazz luminaries such as Lou Donaldson and Houston Person. After high school, Charette began touring Europe and was drawn to the culture and scene of Prague, Czech Republic where he now lives half the time.
Charette’s organ career began in the 1990s, and soon he was getting called for more organ gigs than piano. This was great with Charette, as he loved the organ, which tied together his passion for piano and bass. “I love the power and sonic potential of the organ,” says Charette. “You can really have a huge control over the dynamics and timbre. The interesting thing about organ is that you are really in charge of the harmony, and can go anywhere you want with it. It’s a physically tough instrument to play, working the pedals and drawbars, especially behind lots of saxophones.”
Charette’s recorded career as a leader began with his 2002 self-titled release and continued with Missing Floor (2008), Upside (2009 SteepleChase), Learning To Count (2010 SteepleChase), Music For Organ Sextette (2012 SteepleChase), and Borderline (2013 SteepleChase).
Besides being a critically acclaimed composer and band leader, he has worked with many notable artists such as Joni Mitchell, Chaka Khan, Lou Donaldson, and many others. Charette, is also an active author and educator, writing for Keyboard Magazine, DownBeat, and Czech magazine Muzikus. Charette teaches masterclasses all over the world, and is on the faculty of the Czech Summer Jazz Workshop at Jesek Conservatory in Prague.
Outside of music, Charette is passionate about chess and White Crane kung fu, in which he holds a black sash. 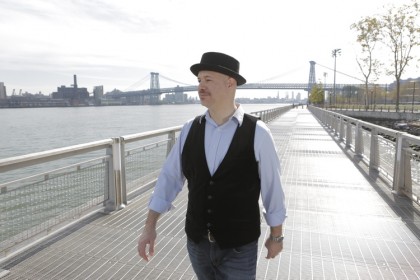