Brian Ames has been playing keyboard instruments for the past 20 years. As a child he would drive his piano teacher crazy, because he would practice the hardest musical pieces he could find until he had them perfected. He would then improvise the music and play by feel.  His innate creativity would lead him to further opportunities in his future. During his high school years, he became a worship leader at the local church and was playing events around his hometown of Orlando.  He attended Belmont University in Nashville, TN where he studied the music industry and was given the opportunity to perform with big names in the Christian music scene, while he also played keyboards for one of Nashville’s “mega” churches. Brian’s time in Nashville introduced him to the Hammond B3 and the traditional gospel sound that Hammond has become known for.

In 2005, Brian founded DNA Entertainment LLC as a medium for his singer/songwriter endeavors. In 2008 he took his Hammond XK3 out on tour as keyboardist for country artist J.T. Curtis. As a solo artist Brian has spent time entertaining guests on cruise ships playing the shipboard piano bars. The Hammond XK3 brings out his soulful, blues sound that can be heard at his shows around the Orlando area, as well as at the weekly services at First Baptist Church of Oviedo. Brian prefers the Hammond brand because it is the “real deal” not an imitation other companies have attempted to reproduce. 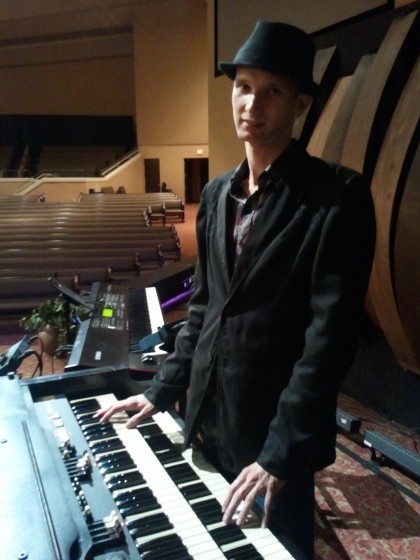