Brent Lane “Freight Train” is a professional musician and photographer from Cleveland, Ohio, the Rock and Roll Capital of the world!

Lane is currently touring with Colin Dussault’s Blues Project “The hardest working, harmonica driven blues band” based in Cleveland, Ohio. Brent is also a private pilot and commercial drone operator which enables him to take his photographic skills to the next level. Brent’s photography has been featured in many mainstream printed publications and he is currently working on his solo music project. About his nickname; His love of trains (“Ooh Train!”) inspired his nickname in the band and has dubbed him “Freight Train.” With vast knowledge and a large train collection including live steam, he is a true ferroequinologist. Brent is a frequent visitor and guest performer at NAMM shows. He has jammed with some of the greats including P-Funk, Earth Wind & Fire and Bootsy Collins. He is also frequently seen at area jam nights working with other area musical stalwarts and also plays several times during the year with the Club Rock Band (think school of rock).

Brent: “After many years of using my Hammond Sk1 73, I can say without a doubt it is truly a beast. Very well built and has been very reliable.” 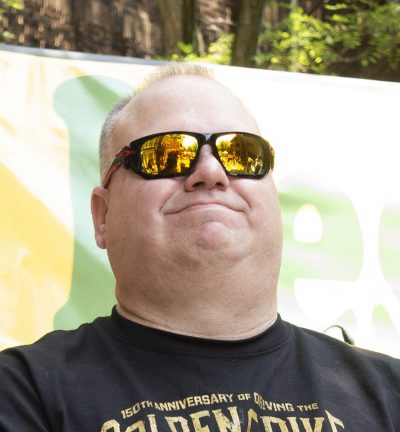