Recording/Touring Artist
Bobby Plays the A-100

Born August 17th, 1987, Robert Connor, known as Bobby, began his musical journey at the age of ten. Coming from a musical family, he was drawn to music. He has a father and brother who are lead guitarists, and an aunt who is an organist. Even prior to taking formal lessons at the Youth Arts and Technology Center, music always seemed to be a passion of his. Many times during church services his attention was drawn to the music, especially to the organ. His mother took notice to this interest in music and invested in a keyboard for him at a young age. As he grew in music, his mother then again made it possible for a Hammond Spinet to be placed in their home so he could sharpen his organ skills. As years progressed he became the primary organist at Greater Liberty Church of God in Christ (COGIC). He has served in that same position for over 16 years and is yet serving. There he has played and maintained the same Hammond B3 organ. His faithful service there led to opportunities to serve as district and jurisdictional organist. There have even been opportunities afforded to him to play during National COGIC Conventions. On August 18th, 2012 he married local song bird and love of his life, Amy Connor. They frequently and happily work together singing and playing for various services, weddings, and events. They are proud parents of Amya and Robert Jr. Bobby serves as the primary organist of the MeTooMusic Family, and has recorded several live and studio projects under them. He proudly serves national recording artists, Phase 2, as their musical director. Bobby has played for National Gospel Artists such as Dorinda Clark-Cole, Rance Allen, J-Moss, and Eddie James. He considers each of those occasions milestones in his musical career. His passion for music goes beyond simply playing the instrument. He is the proud owner of a vintage Hammond A-100. He takes pride in researching and learning more about vintage Hammond products along with the new line of Hammond/Suzuki products currently being manufactured. It is always a great experience for him to meet and network with fellow musicians who share this same passion for the instrument. In the near future he looks forward to recording his own solo project on the Hammond. He will continue to make a positive impact in the music community as a respected and much sought after organist. 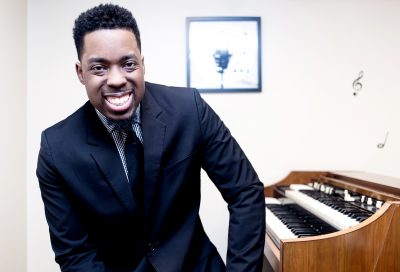