Los Angeles based BOB MALONE plays keyboards with rock legend John Fogerty, and continues a long running and successful solo career. He plays a one-of-a-kind hybrid of blues, rock, and New Orleans R&B, delivered with high-energy piano virtuosity and soulful vocals. He headlines over 100 shows a year in the US, Europe, Australia and Asia, and has shared stages with Bruce Springsteen, Rickie Lee Jones, The Neville Brothers, Rev. Al Green, Dr. John, Leon Russell and many others. Bob was featured alongside piano legends Marcia Ball and Henry Butler at the 2012 WWOZ Piano Night at House of Blues in New Orleans. Bob has also been a twice-featured performer on The Price Is Right, and appeared with John Fogerty on The Late Show With David Letterman. His music is heard regularly on Dr. Phil, Entertainment Tonight, The Rachel Ray Show, and Wheel Of Fortune. Malone’s six CDs have earned Top-20 spots on the Living Blues, Roots Music Report and Earshot (Canada) radio charts, and are played on over 300 stations worldwide, including Sirius/XM’s Bluesville, and NPR favorites Car Talk, Acoustic Café, and Woodsongs Old-Time Radio Hour.

“A keyboard wizard.” The New Yorker

“A new peak in what’s been a rather mountainous career, Malone’s latest shows off everything that makes him great and more. Great songs, amazing production and playing, it doesn’t get much better than this.” Filter

“Bob Malone doesn’t just accompany himself on piano. He supports his singing with pulsating, roaring keyboard work that grabs you and shakes you until you cry for mercy.” Keyboard Magazine 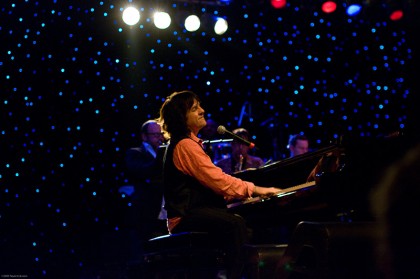