Bill Champlin was born in Oakland, California on May 21, 1947 to a musical family. His grandparents, mother and sisters have all been singers. Bill is married to Tamara Champlin, a singer/songwriter in her own right, and is the father of three children. His youngest, Will Champlin, is building a name for himself as a prolific and distinctive singer-songwriter.

Bill’s musical career began in 1961 when he formed a band called the Opposite Six. A year later he began writing music. After forming the Sons of Champlin in 1967, he focused his songwriting talents on material for the Sons. “They were breathing fire. They were the most talented of all the San Francisco bands”, said Mickey Hart of the Grateful Dead. The Sons’ first album, “Loosen Up Naturally,” was released in 1969 and followed by six more albums before the Sons disbanded in 1977. Many of these have been re-released as CDs and are available for purchase.

After the breakup of the Sons, Bill moved to Los Angeles and worked as a session vocalist on numerous recordings from 1977 to 1985. The artists he worked with included Patti LaBelle, Lou Rawls, Elton John, Boz Scaggs, Donna Summer, Nancy Wilson, George Benson, Jimmy Smith, Amy Grant, Neil Diamond and Kenny Rogers. In 1978 he released his first solo album, “Single.” In 1979 he won his first Grammy award for co-writing “After the Love is Gone,” which was later recorded by Earth, Wind & Fire. During the Chicago/EWF tours in 2004 and 2005, Champlin was asked to perform this song with them, as lead singer.

The National Association of Recording Arts and Sciences awarded Bill The Most Valuable Player peer award for male background vocalists in 1980. The following year he won another Grammy for co-writing “Turn Your Love Around” for George Benson, and released his second solo album, “Runaway.”

In 1982 he joined Chicago to record “Chicago 16.” “Bill’s exactly what we’ve been looking for,” said founding member Robert Lamm. His unique and expressive voice can be heard on “Hard Habit to Break” from Chicago 17.

Bill’s 1988 recording of the song “In the Heat of the Night” was picked up as the show opener by the TV show of the same name. The following year Chicago released what turned out to be its biggest-selling single and their last No. 1 hit, “Look Away,” once again with Bill on lead vocal.

Four more solo albums followed from Bill’s fertile mind: “Burn Down The Night” (1992), “Through It All” (1994), “He Started To Sing” (1995) and “Mayday” (1996). In July 1997 Chicago topped the adult contemporary chart with “Here in My Heart,” as the band once again turned to Bill for lead vocals. That same year also rendered the release of “West Coast All Stars,” an a cappella project he did with Jason Scheff of Chicago and Toto’s Bobby Kimball and Joseph Williams.

The Sons of Champlin reunited in 1997, with a loyal group of enthusiastic fans traveling great distances to see them perform. They recorded “Live At The Luther Burbank Center” in 1998, as well as “Secret” (CD and DVD) and “Hip Lil’ Dreams” in 2002.

Bill’s latest solo release is “No Place Left To Fall” (CD and DVD), which was recorded at The Barber Shop Studios in Hopatcong, NJ for the DreamMakers Music label. It was first released by JVC Japan in September 2008, as well as being released for digital downloading, and later released in Europe by Zync Music in December. The U.S. release by DreamMakers came in August 2009.

With “No Place Left to Fall,” Bill made the album he was born to make, a career-defining record with an honesty and immediacy that reflect his old-school approach to music – and his complete disregard for the old-model music industry.

On the heels of that US release and after 28 years with Chicago, Bill parted ways with the band to focus more on his solo career. “This music is callin’ me,” he said.

The two-time Grammy Award winner launched a successful West Coast tour in November 2009 with the Bill Champlin Band promoting “No Place Left To Fall.” That was followed by a Sons of Champlin tour in March 2010.

Next up Bill and Tamara were part of the Scandinavian tour headlined by Leon Russell that also featured Joseph Williams and Peter Friestedt. Bill teamed up with conductor Lars Erik Gudim & the Norwegian Radio Orchestra – KORK, in Oslo, Norway for a special performance that aired Dec. 27, 2011 on NRK TV in Norway. From 2014 to 2017 he performed several acoustic shows with Tamara in the US, Europe, Japan, South and Central America where they joined the Rock Pack Tour; guested with California Transit Authority featuring Danny Seraphine; and played concerts to benefit Eddie Tuduri’s Rhythmic Arts Project with The Pockets. They also entertained with other indie artists for the Lone Wolf Entertainment Foundation and rejoined the re-formed Sons of Champlin for a series of shows in the Northwest. In 2017 Bill and Tamara Champlin were a big part of the Ambrosia & Friends Tour. In 2018 he has continued touring with Rock Pack, Sons of Champlin, Danny Seraphine/CTA, guested again with Ambrosia and a summer tour is planned with Peter Friestedt & Frank Adahl in Europe. His latest CD with The WunderGround (that includes Champlin, Gary Falcone & Tamara Champlin) will be released in April 2018 with some shows being planned to showcase the new music.

In the words of sought-after drummer Billy Ward, “I became a Bill Champlin fan in the early 70s when he led, what was to me a ground-breaking band, The Sons of Champlin. He’s written and sung on probably over 400 hit songs, the later ones with the band Chicago. His organ playing has him ranked on most peoples “A list” and he plays the heck out of the guitar as well! He is one of the finest musicians I’ve ever gotten the privilege to play with.”

Dennis Cook, in JamBase and Relix magazine, added, “Age has done nothing to diminish his powers and, in fact, brings nuances to the material that a young cat just can’t muster.” 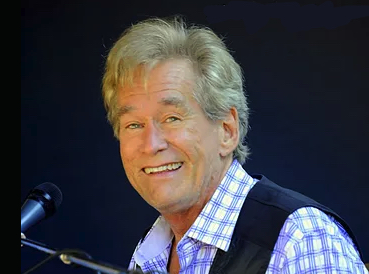