Bill was born in Newark, New Jersey and raised in Nutley, New Jersey. He started playing with an R&B band in High School that included actor Joe Pesci, playing in the North Jersey area.

In 1960, Bill’s dad purchased a Hammond B3 Organ for him from the Griffith Piano Company in downtown Newark, New Jersey at his request. Bill became fascinated with the B3 after seeing the Bill Doggett band performing in Newark. He started listening to Wild Bill Davis and Jimmy Smith and became obsessed for the rest of his life playing be-bop and the blues.

Bill joined a group called Joey Dee & the Starliters. They performed on 45th Street in NYC at a club called the Peppermint Lounge for many months. Bill was attending Manhattan School of Music also. When the group recorded the “Peppermint Twist” the Joey Dee & the Starlighters band rose to quick fame and became one of the most popular groups of that time. This was one of the few bands to perform live on the Dick Clark Bandstand more than once. The band was one of the first fully integrated bands featuring three Caucasians and three African Americans. They toured the world and United States before the Civil Rights Act of 1964 and had many unbelievable experiences. While working the Star Club in Hamburg, Germany the opening act for them was the Beatles. They were one of the first groups to break the color barrier in the USA. Many great players came out of this band including Jimi Hendrix, Sam Taylor Jr., the Brigati Brothers (of Young Rascals fame) and Bill Callanan.

Bill spent a lot of time jamming and learning how to play the B3 in the Newark area which was a mecca for the B3. He decided to leave the Joey Dee band and formed his own Organ group. He played the east coast “Chitlin Circuit” with this group. Bill played with many of the great musicians of the area including Woody Shaw, Eddie Gladden, George Benson, Sonny Stitt, King Curtis, Don Gardner and many others. He called his group the “Bill Callan Organ Trio”. The group consisted of Bill, Morris Dow, and Jackie Mills. Morris and Jackie was the original guitar player and drummer with the Jimmy McGriff group who recorded the famous “I got a Woman” hit with him. Bill befriended Larry Young, another local phenom, and learned more and more about the instrument. Sitting in and hanging with Jack McDuff, Don Patterson, Groove Holmes and many others who passed thru the Newark area gave Bill a fabulous education and he gained something from all of them.

Bill played the “chitlin circuit” up till 1967 when he had an offer to come to Las Vegas to work at the Desert Inn. Bill took the opportunity and came to Vegas and never left. He spent the next decades playing in the orchestra pits of Las Vegas backing up headliners, working production and was “first call” for all gigs that needed a B3 in their shows. Bill played for many of the legendary Las Vegas stars including Elvis Presley, Tom Jones, Englebert Humperdinck to name a few. He also worked with the Relief Band who worked a different show in a different hotel every night and as a result worked just about every celebrity and production to come through Las Vegas. Bill returned to college and received a Bachelor of Music degree from UNLV in 1974. Bill worked the Lido De Paris show at the Stardust Hotel for many years and became the Band leader and Conductor of the 18 piece orchestra that backed up the legendary show.

Bill continues to arrange and play with his group called the “B3 Conspiracy”. They have recorded and traveled to Japan, where they performed at the “Organ Jazz Club” in Tokyo and went on to Singapore to perform a concert. He pioneered playing the B3 since 1960 and has been active ever since. Bill still plays on the original B3 purchased in 1960 when back east. Bill recorded an album a couple of years ago with friends Jerry Weldon (Tenor) and Vinnie Corrao (Guitar) which has been widely acclaimed. He has been a true spokesman for the legendary B3 for the past 50 plus years and still going strong!!! 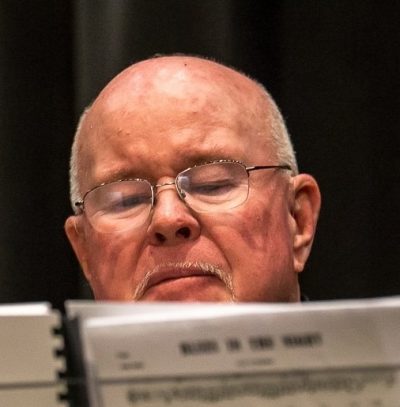