“The SK1 has been an amazing addition to my rig on BET’s Bobby Jones Gospel! I was blown away by the growl that came from this 15 pound and very compact machine. My keyboard techs and crew in the audio truck couldn’t believe their ears on the set. Not only is it an organ, but there are other great keyboard and piano voices included. I love the Rhodes and Clav sounds that are inside that I used quite a bit this season. What you hear on TV is just a stereo output without running it through a Leslie. (The option is still there via an 8 pin connect) The SK system is a must have for your band, educational institutions or your church. Hammond Organ and SK systems is my organ of choice for TV production, recording sessions and touring. Go and get your SK series Hammond today!!!”

Anthony has served as secondary keyboardist and organ  for Bobby Jones Gospel on the BET Network since 2000 working closely under the music direction of Derrick Lee. Bobby Jones Gospel has been the number one rated show on the network since the beginning of the network. That’s over 30 years! You can not only see Anthony on BET, but the Word Network as well on Bobby Jones Classic Gospel show. Through this experience he has had the opportunity to accompany gospel greats such as Grammy Winners Albertina Walker, Dorothy Norwood, nominee Dottie Peoples, Karen Briggs (solo violinist and featured violinist for Yanni) Stellar Winner Jonathan Nelson, J Moss, Tye Tribbet, Kim Burrell, Moses Tyson, James Fortune, Marvin Sapp, Byron Cage, Coko of SWV, Jason Nelson, Richard Smallwood, LEDISI, Yolanda Adams, Amante Lacey and Champion, Tamela Mann, Anthony Brown, Kurt Carr, Vickie Winans, Myron Butler, Patti Labelle, Shirley Murdock and many more.

During the Fall of 2004, Anthony began to tour with Grammy nominees, Dove Award winner, Stellar Award winner Joe Pace and the Colorado Mass Choir. Anthony also played on the “Mighty Long Way” CD/DVD release as the aux keyboardist where he was also featured on the vocoder on “I will bless the Lord”. That project was released on the Integrity Gospel label.  Anthony was also apart of the “The Ambassador” CD recording of Dr. Bobby Jones on the Zomba label. This project was produced by the likes of Derrick Lee, Teddy Riley and J Moss.  With his instrumental Diversity he also plays bass with Bobby Jones, recording artist Rodney Posey and has done some spot dates with J Moss.

He keeps steady bass work from tours to various dates and sessions with artists. Anthony has been a part of Umbria Jazz Fest in 2005, 2006, winter of 2007, 2013 all in Perugia Italy. This crowd consists of over 40,000 per night for two weeks straight and the New Orleans Jazz Fest. Anthony is also currently touring with recording artist Trent Cory serving as music director. Trent Cory’s latest project, “ Freedom Is” (live) was produced by the Grammy Award Winning Aaron Lindsey. Trent is also currently working on the follow up recording to Freedom Is in the very near future to be recorded live. Bobby Jones Gospel airs every Sunday morning at 9a.m. 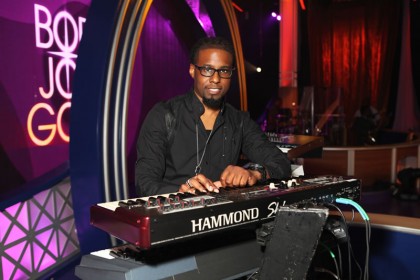