Alvin Coleman, III (T-Rey) was born and raised in Forrest City, Arkansas. He is the proud son of Alvin and Carreather Coleman, the eldest of three boys. His family is deeply rooted in the COGIC church, and every single member of his family either a vocalist, instrumentalist, or both; it is safe to say that he had no choice but to do either of the two. Coleman started off playing the drum set at four years old and later moved on to the French horn in the sixth grade. At the age of twelve, his father set him in front of a piano; and that’s when Alvin’s passion for music amplified. He received a few personal lessons on the piano and organ and went on to teach himself by listening to various musical artists such as Oscar Peterson, Cory Henry, and Kevin Powell. He gained his reputation through playing for his church, playing for weddings, and playing for various students at school who would ask him to play for them. The stage name “T-Rey” was given to him by his musician friends who came from his real nickname “Trey”. He is current musical director and assistant minister of music for the Earle COGIC in Earle, Arkansas and Empowerment for Life Christian Center COGIC in Wynne, Arkansas. His favorite instrument is the A-100 Hammond organ, mainly because of its ability to mimic a B-3 Hammond organ sound in a smaller cabinet and project sound from the internal speakers without a Leslie. He plays regularly on an A-100 organ with a Leslie 122 at the church in Wynne, Arkansas and plays a Hammond C-3 organ with a Leslie 144, both organs of which are in very good shape and usage. He serves on local, jurisdictional, and national levels for the Churches of God in Christ and has had the chance to play organ/piano with some of the top musicians in music industry such as David Blakely of Las Vegas, Nevada and Derrick Jackson of Memphis, Tennessee. Alvin loves playing gospel music and jazz, specifically jazz spirituals. He continues to study these genres along with others to further perfect his musical craft. Although his is music, his number 2 passion is helping people through words of wisdom. 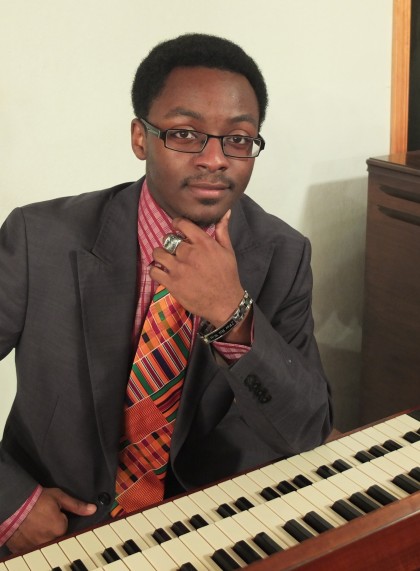