Adam Scone is a Hammond Organ specialist. The sound of the Hammond will get inside of your heart and pound out some emotion. Scone transformed from a young wiz kid to a seasoned master of the Hammond due to a few key factors.

One was years playing a six night a week gig at a classic Hammond organ lounge in New York City. The other was getting the chance to tour the world playing Hammond organ with great bands.

There were years of incredible tours with Daptone Recording artist Sugarman Three & Sharon Jones & the Dapkings. This exposed him to an international audience at the worlds top music festivals. These included Glastonbury in the UK, Montreaux Festival in Switzerland, Nice Jazz Festival in France, Umbria Jazz Festival in Italy, and the North Sea Festival in the Netherlands to name a few.

Scone also played in Jazz and Boogaloo Legend Lou Donaldson’s band for weeks at the Village Vanguard and the Blue Note in New York City. Scone has also shared the stage or recorded with legends with Jimmy Cobb, George Braith, Ben Dixon, Lee Fields, Fred Thomas, & Naomi Shelton. In summer of 2016 Scone will be appearing with new soul legend Charles Bradley. In 2013 he saw success as a sideman with Ian Hendrickson-Smith’s album “The Soul of my Alto” reaching #1 on the Jazz radio charts.

Scone was selected a 4 time Jazz Ambassador by Lincoln Center & Kennedy Center for the Arts. These tours took him to over 35 different countries to play organ in Africa, South America and the Middle and Near East. After he completed these tours he directed his attention to the Hammond Organ sound in Rock and Roll, spending five years of relentless touring with southern rock masters JJ Grey & Mofro. With them, Scone played the US’s top festivals including Bonnaroo, Austin City Limits and Bumbershoot. Scone’s organ playing has appeared on over 50 albums as a sideman. 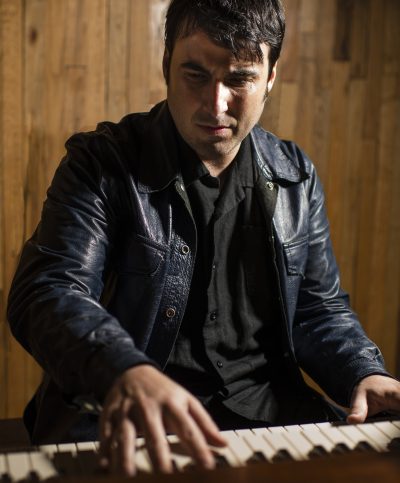