The Hammond Hall of Fame recognizes the pioneers, innovators and trailblazers who all have the “King of Instruments” in common. The Freshman Class contains musicians of many different musical styles and genres, reaching back to the 1940s and continuing through to the present day. The criteria for induction were based on the Hammond slogan: “The Sound, The Soul, The One.” “The Sound” signifies that the candidate must have an immediately recognizable musical style that has become influential over time. “The Soul” signifies that the candidate must have integrated their use of the Hammond Organ in a unique way into whatever genre they represent. “The One” signifies that the candidate should be primarily noted as a Hammond Organist as contrasted with a Pianist or other instrumentalist. 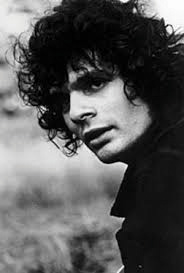 His stirring solos on Bob Dylan’s “Like a Rolling Stone” are, for some, the quintessential Hammond Rock riffs. From founding Blood, Sweat and Tears and discovering Lynyrd Skynyrd, to his own classic recordings like “Super Session,” Al forged a Hammond style that combined Gospel, Jazz and Rock and made it a keystone in all his productions. 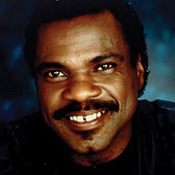 His roots in Gospel music brought a boundless joy as he crossed over to Soul and R&B. Already a star from his turns with Sam Cooke and Little Richard, he became the only legitimate “Fifth Beatle,” and went on to play Hammond Organ with The Rolling Stones, Aretha Franklin, Bob Dylan, The Jackson Five, Sly and the Family Stone and Barbara Streisand. 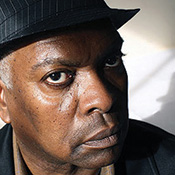 He’s been called the Father of Modern Soul Music, and did it all at the console of his Hammond Organ. If a non-keyboard player knows one Hammond riff, it’s probably Booker T.’s “Green Onions.” His Hammond sound is unmistakable, whether in his own recordings or the countless hits by other Stax artists. 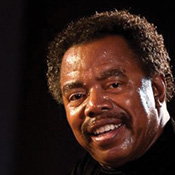 “C.T.” is a “Musician’s Musician” whose name is synonymous with excellence. His career started in church, but quickly moved to the nightclubs of Oklahoma City. The Jazz world quickly took note, but it was Rock that made him a Hammond star. C.T. never compromised his Jazz legacy during his decade with Tower of Power and 26 years with Santana, exposing young fans to intricate Bebop lines and sophisticated harmonic invention. 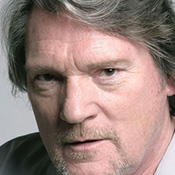 The British Hammond Giant proved that great Rock music doesn’t necessarily need to come from Guitar, and built his legacy with the flair of a Jazz Master. Effortlessly intertwining the idioms, his sessions/ tours for superstars like Rod Stewart, Jimi Hendrix and Led Zeppelin brought his powerful and unique style to millions. His own groups Trinity and Oblivion Express further showed the Hammond sound could be the core of a successful band. 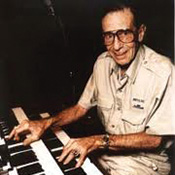 For nearly 40 years, Eddie was the Hammond Organist at Yankee Stadium, and arguably set the standard for Sports Stadium Organ music. He created a rainbow of “novelty” registrations for the Hammond and unique methods of creating sound effects with them. His 27 albums were best-sellers from the 50s into the 70s and inspired many to add a Hammond to their household. 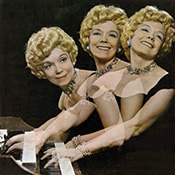 We think nothing today of outrageously dressed Guitar heroes, but in the 1940s it was the fabulous vision of Ethel Smith at the Hammond Organ that thrilled audiences on stage and screen with her over-thetop fashion and blistering technique at the keyboard. In feature films, short subjects and even Disney cartoons, Ethel’s playing sounded impossible, but she made it look like a walk in the park. She was essential in popularizing the Hammond Organ. 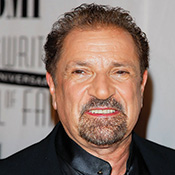 The (Young) Rascals were a seminal “Blue-Eyed Soul” group, but unlike their contemporaries, Felix led the band from his Hammond Organ. Even more unlikely, Felix provided the group’s Bass, via Hammond’s Pedals. The Rascals’ string of smash hits featured Felix’s soulful Hammond prominently and helped to establish the Organ’s role as an essential Rock instrument. 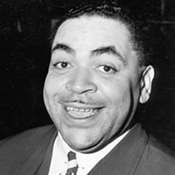 Primarily known as one of the Fathers of Jazz Piano, few know he began his musical career as a theatre Organist. When the Hammond Organ was released, Fats naturally took to it and became the first popular Jazz Organist. Fats’ Organ recordings remain popular to this day. 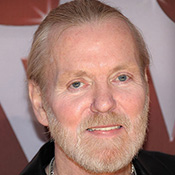 The Allman Brothers’ recipe for greatness called for two parts hot Guitar combined with the cool Hammond of Gregg Allman. That Gregg leaned toward Jazz B-3 registration and licks in contrast with the stinging Rock and Blues of Duane and Dicky was a measure of his genius. Gregg also bucked the establishment by “fronting” the band from a Hammond. The Allmans’ Guitar seats have been manned by a number of players over the years, but Gregg remains, and thus defines the Allmans’ sound. 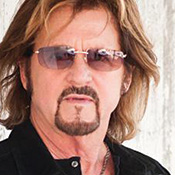 Santana re-imagined instruments’ roles in a Rock group. The prominent Latin percussion section precluded the need for Guitar rhythm, and Carlos’ melodic Guitar acted like a Saxophone in a Jazz group. This thrust Gregg Rolie and his Hammond into a neo-orchestral position as the main harmonic voice. The entire group hung on his framework. Even though the band bears Carlos’ name, it is nearly impossible to think of their music without hearing the Hammond Organ. 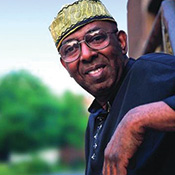 One of the true pioneers of Jazz Organ, Jimmy McGriff was a contemporary of Jimmy Smith and “Groove” Holmes. Unlike Smith, McGriff’s playing did not rely on furious flurries of notes, rather using cool pacing and inventive use of “space.” His phrasing and approach came “from the church” by his own admission, and his grand registrations would float above a driving rhythm section orchestrally. He recorded 80 albums during his career. 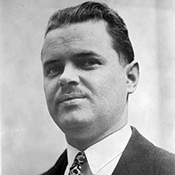 “The Poet of the Organ” was a Superstar Theatre Pipe Organist but found his career stalled after the advent of the “Talkies.” When the Hammond Organ debuted, Jesse embraced it and became a superstar again. Jesse’s essential contribution was establishing the Hammond as a viable instrument for Popular music. Jesse also was vital in popularizing the Leslie Speaker, which, for a while, were actually called “Crawford Speakers” due to his work. Jesse’s Wedding music records are still very popular today. 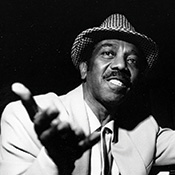 The undisputed “King Of Jazz Organ,” Jimmy Smith defines Jazz Organ for many. Although his technique and arrangements were cuttingedge, his music was embraced by the public in ways Jazz had not been previously, resulting in many best-selling albums. Even though Jimmy was a huge commercial success, he never compromised his art. There are few Jazz greats Jimmy did not record or perform with. You will not find many Organists who do not cite his influence on their playing, regardless of genre. He is perhaps the greatest of all Hammond Organists. 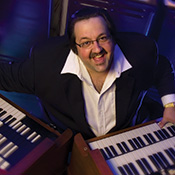 “Joey D” stunned the world in the early 90s with a fearsome technique and uncanny comfort in a style that had preceded his birth by decades. A child prodigy, Joey’s stature as a prime Jazz Organist was cemented before his 18th birthday when Miles Davis tapped him to join his band. His subsequent best-selling solo recordings, guest appearances and live shows have served to rekindle the interest in Hammond Jazz. Joey has consistently topped almost every Jazz poll, including the prestigious Down Beat Critics poll, for which he claimed the top spot from 2003 to 2009.

What Jimmy Smith is to Jazz Organ, Keith Emerson was to Rock. He possessed a virtuoso technique on par with any Classical artist, and with it, pushed the Hammond Organ to new heights. Keith’s first entry into the limelight was with The Nice, but broke wide open into worldwide mega-stardom with Emerson, Lake and Palmer, playing not one, but TWO Hammonds onstage. Keith’s style melded modern and traditional Classical motifs with Jimmy Smith-style Bop into a whole that not only explored new ground, but appealed to audiences everywhere. In stature, second only to Jimmy Smith. 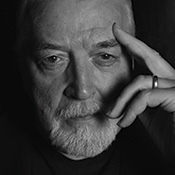 In a genre defined by hyper-amplified Guitars, Jon Lord led his Hammond into battle and triumphed. His band Deep Purple was built around a Hammond sound heretofore unheard. Overdriven and huge in texture, Jon’s baroque-tinted and gothic playing established a brand new style, legitimizing Hammond Organ in Hard Rock and Heavy Metal. Drawing as much from Bach, Franck and Widor as from the Blues, Jon Lord’s contribution to the Hammond legacy is considerable. 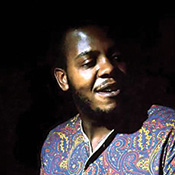 As Jazz progressed into experimental territories, a gentle rebellion took place. Led by the likes of Saxophonist John Coltrane, modal harmonies and ethereal textures grew important. Larry Young adopted these qualities and applied them to the Soul-Jazz approach of the 1950s. A new style came from this, with as much vibe as the forefathers, but soaring in a way that they couldn’t imagine. 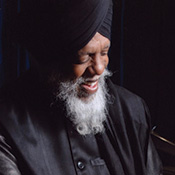 In his 50-year career, Dr. Lonnie “The Turbinator” has re-defined the language of Jazz Organ. His performances can leap from barely audible pastel textures to incendiary passages closer to hard rock than bebop. His intense visage belies a keen sense of humor and joy, casting each of his shows in an almost cinematic light. A master of contrast and rhythm, Dr. Lonnie uses the Hammond more orchestrally than any other jazz organist, and always makes room for the funk. Unique, fascinating, and inspiring. 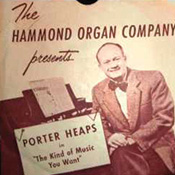 Porter Heaps was the first person to play the Hammond Organ in public on June 23, 1935. Thus began a 35-year career which took Mr. Heaps around the world demonstrating the wide range of the Hammond Organ. His concerts displayed a virtuoso technique playing both Classical and Popular music on the Hammond Organ, often with a quirky humor informing his stage presence. His audiences were huge, and due to his efforts, tens of thousands of Hammonds were sold. 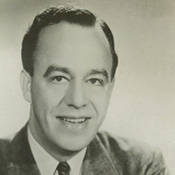 Milt Herth might be the “Earliest Adopter” of the Hammond Organ, with his first recording dating to 1935, a year after the Hammond was introduced. His trios featured Organ, Piano and Drums, with Guitar added later. Milt coaxed Horn-like sounds and novelties from his Hammond, and his discs became very popular, even leading Milt to a number of feature films. Many had their first exposure to the Hammond via Milt’s seminal recordings. 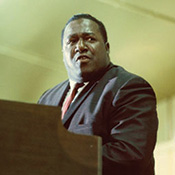 Another Giant of the Jazz Organ, “Groove” Holmes’ contributions to the Hard Bop and Soul-Jazz idioms is considered to be the precursor of today’s Acid Jazz style. “Groove” favored a “basic” Hammond registration that was instantly recognizable as his and different from his peers. This sound was accompanied by the most rapid, punctuating and pulsating baselines of all the Classic Jazz Organists. He was a teacher of Jimmy McGriff, as well. 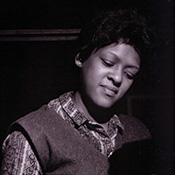 Shirley Scott was known as the “Queen of the Organ,” playing in the bands of Eddie “Jockjaw” Davis and her husband, Stanley Turrentine. Her Hammond playing had an aggressive, highly rhythmic attack, blending intricate Bebop harmonies with Bluesy melodies and a Gospel influence, punctuating everything with great use of the Bass pedals. Later in her career, she became a highly respected Jazz educator. 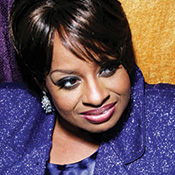 Known as the “Mother of Contemporary Gospel,” Twinkie is the leader of the superstar Gospel group the Clark Sisters and is considered the preeminent Gospel Organist. An award-winning and super-successful arranger, producer, songwriter and vocalist, Twinkie is never far from her Hammond, and has performed with all the Gospel greats and many secular artists as well. 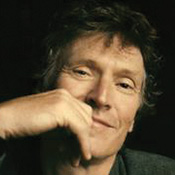 First as a member of the Spencer Davis Group, then his own group Traffic, Steve Winwood never strayed far from his trusty Hammond. The Spencer Davis Group’s “Gimme Some Lovin’” is one of the most recognizable riffs in Rock, and not only because it was played on a Hammond. Steve took a songwriter’s approach to the Hammond, and eschewed a wild solo style. Where most singer-songwriters used an Acoustic Guitar or Piano, Steve Winwood uniquely used a Hammond Organ. 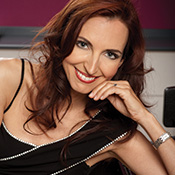 Barbara has pushed the envelope for Organ Jazz into the 21st Century. Augmenting her Hammond with MIDI equipment, she does not rely on the “licks and tricks” that have become Organ Jazz canon, rather casting melodies and phrasing more like a Horn player than a Keyboardist. In another break with convention, she plays all her Bass lines on the pedalboard, and spectacularly so, freeing her left hand for inventive accompaniment.