Jimmy Herring was born on January 22, 1962, in Fayetteville, North Carolina. Although he played saxophone in the high school band, he quickly became known for his prodigious talent on guitar, which he had begun playing when he was 13.
Herring was the original lead guitarist of the seminal jam band group Col. Bruce Hampton and the Aquarium Rescue Unit. Subsequently invited to participate on the H.O.R.D.E. tour with Aquarium Rescue Unit in 1992 and 1993, Herring was offered the lead guitar spot in The Allman Brothers Band. On August 3rd 2006. Widespread Panic announced Herring would be taking over the lead guitar spot in the band after the departure of George McConnell. In 2008, Herring released Lifeboat, his first official solo album, on Abstract Logix. 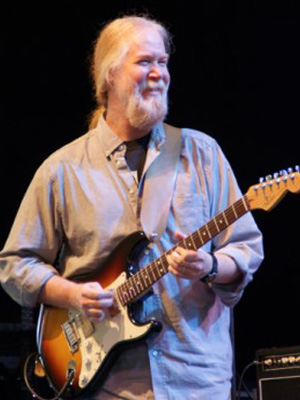