Canadian-born guitarist, singer, and songwriter Anthony Gomes is a critically acclaimed chart-topping artist who plays a style of modern electric blues that incorporates elements of rock, soul, R&B, and country. Born in 1975 in Toronto, Canada, to a Portuguese father and a Canadian mother, he began playing guitar in his early teens and moved to Chicago. After honing his craft on the Windy City club circuit, he moved to Nashville, making his recording debut in 1998 on the Urban Electric label with Blues in Technicolor. In 2003 Anthony was named BluesWax Artist of the Year award. Since then, Anthony has led a swaggering Southern-Rock group “The New Soul Cowboys”, and recent made a large leap back into the blues with his new group, “Blues Medicine”. Anthony was the first artist to take delivery of the G-27 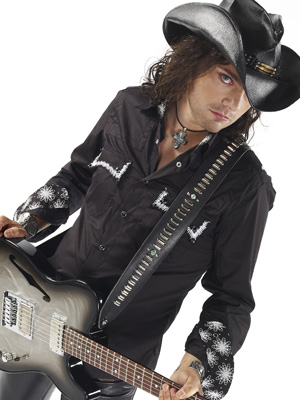